A Chinese nanny has been executed after deliberately starting a fire that killed a mother and her three children in the eastern city of Hangzhou. Mo Huanjing, 35, was sentenced to death for arson in February.

She had allegedly racked up significant gambling debts, and had hoped “saving” the family from the blaze would persuade them to lend her more money. Instead, the fire in their 18th-floor apartment killed Zhu Xiaozhen and her children, aged six, nine and eleven.

Lin Shengbin, her husband and the children’s father, was away on business at the time of the crime in June 2017.

be away on business 出差办事

Mo, who used a lighter to start the blaze in the living room, escaped.

News of the execution provoked a huge reaction on Weibo, China’s equivalent of Twitter, where Mr Lin told his 2.6 million followers: “The devil Mo Huanjing is finally executed.” “Hearing the news, my tears would not stop flowing,” he wrote. “I called my parents. My mother listened and cried and said that everyone has waited too long for this day.”

Mr Lin said that while he feels justice has been served, “the road ahead will be even harder”, and shared a picture of his wife and children’s graves.

Over 108,000 Weibo users commented on his post, many saying they had cried too or wishing him peace and good health.

The case has made national headlines in China since it first emerged, partly due to claims that firefighters had been slow to respond.

The tragic nature of the crime has made the “Hangzhou Nanny Arson Case” a popular reference for pro-death penalty advocates in China.

When neighbouring Mongolia abolished capital punishment in July 2017, it was repeatedly cited by those who felt China should keep the death penalty.

China is believed to execute more people annually than any other country, but is highly secretive about the number. Human rights group Amnesty International puts the figure in the thousands – more than the rest of the world’s nations put together. 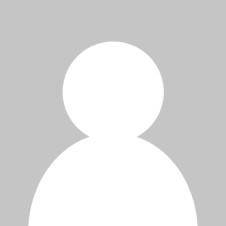